No one believed I would become an elementary teacher.
Indeed, some people still do not believe it!
After graduating in 1986 with a Bachelor of Arts degree in communications and a secondary teaching certificate, I certainly had no plans to pursue teaching as a career. I soon found myself employed at an outdoor family recreation area in El Reno, Oklahoma. The park included historic structures, native animals, a restaurant, and two lakes. I rapidly became the manager and education director and created an aggressive field trip program for elementary students. Hundreds of children came through our gates, and I led them on historic, scientific, and entertaining tours of the property. I was established on the ground floor of a growing family theme park.

The company, tied up with a sizable debt to install a full-scale railroad, filed for bankruptcy when banks were having difficulty in the late 1980s. I changed directions, following a promise of quick advancement at a large furniture showroom. After a long month of sweaty, backbreaking work in the warehouse, I suddenly remembered how much I enjoyed working with the children in El Reno. Driving home from work one evening, I made the quick decision to investigate the possibility of getting a second degree and certification – this time in elementary education.

A year later, credentials in hand, I received my first teaching position in inner city Oklahoma City. Meetings before that school year included police training in confiscating weapons from students, and identifying street gang symbols and signs. In fact, when the principal interviewed me for the position at the fifth grade center, he asked me what type of car I drove. Apparently, certain cars were frequently stolen from the parking lot, which doubled as the playground. I was more than slightly apprehensive.

A week later, due to low enrollment, I was transferred to James Buchanan Elementary School, where I taught a self-contained second grade gifted class. In five years, I taught first grade gifted students, combination first and second grades, and second grade. I became the lead teacher for the school and participated in many administrative decisions. I dealt with student discipline for the school, calmed angry, intoxicated parents, and comforted the parents of a beautiful, intelligent girl in the hospital following her unanticipated death from an aneurism. Grandparents told me that I was the only gentle, male influence in their grandson’s life. Parents told me I had brought many positive personality traits out of their children. I really didn’t appreciate those comments at the time.

In spring of 1995, however, I nurtured students
through issues no child should ever face. 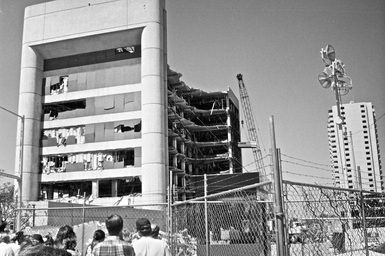 Together, teachers, parents, and students worked through memorials, constant television coverage, fatality reports, and challenges of unprecedented proportion – all stemming from the terrorist bombing in Oklahoma City, and all under the watchful eyes of the media and the world.

Wrapping up my fifth year as a teacher in Oklahoma City, I was in the middle of a communication arts lesson with my second graders when we heard the guttural boom. When the rafters of our old schoolhouse rattled and groaned, students and teachers searched for answers. From our building, we saw the black plume of smoke from the truck bomb detonated just four and a half miles away. As the lead teacher with no principal in the building, I locked down our school and consoled teachers and parents. In the coming weeks, I became a better teacher and more compassionate person. That experience enriched my professional and personal life in unique ways.
Suddenly, I could point to an event
that sent me down a new path as an educator.

Suddenly, I could appreciate my responsibility and influence
in the lives of the people around me. 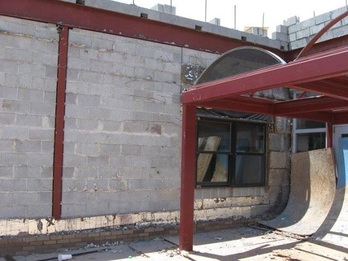 That summer, my wife and I moved to Joplin, Missouri, where she worked as a chemical engineer, and I became a teacher of fourth grade students. The years since our move have been the most rewarding of my professional life. I pursued and earned my Master’s degree and won a number of awards, but more importantly, with the newfound realization of my responsibility and influence, my teaching changed. Students react differently to me now. I am able to teach standard lessons in creative, captivating ways, with amazing results. I can do so with confidence, exuberance, and respect of peers, administrators, students, and parents.

All of this helped me deal with the second major disaster of my career:  in 2011, my school (Cecil Floyd Elementary) of 16 years, was significantly damaged in the infamous EF5 tornado that ravaged a third of our fair city.  I assisted in the coordination of relief efforts for the church, hugging more strangers that summer than any point in my life.  Teaching summer school at another school, that year, was extraordinarily hot, and all I wanted to do was be back at the church handing out materials and dispatching work crews.

Our building was repaired by the mid-August first day of school, and I went into the duty of "counseling" students who had lost the only houses they ever lived in.  One student had been given a negligible probability of surviving his own injuries, but he still showed up to class, even after losing his mother in the tornado.  With a number of frank discussions, our class became the closest family away from home possible, with students truly acting like brothers and sisters.

In the years since, our classroom has earned the reputation of having the best family relationship in our city.  I emphasize that relationship through etiquette and high expectations, making mistakes and finding solutions, struggling together and discovering truth.  I have written children’s books about our local disasters, and I have continued to sharpen my passion for teaching history, artfully embedded with other areas of curricula.

In over three decades of teaching, I have realized the importance of learning from history, learning from mistakes, and recognizing the humanity of our historical figures.  In 2021, the Gilder Lehrman Institute of American History awarded me with an announcement that I was selected Missouri History Teacher of the Year.  It would seem that I am still energized to educate, always looking for new avenues to reach students.
Every year, I look forward, with hope and high expectations,
to facing my passion of teaching the young people in my classroom.